The Imperial War Museum reopened in July 2014, unveiling its spectacular new atrium. The redeveloped is significant, not just because the height of the atrium was increased by digging down to create an extra level, but also because a new cantilevered stair was added, which forms a new backdrop, framing exhibits old and new. 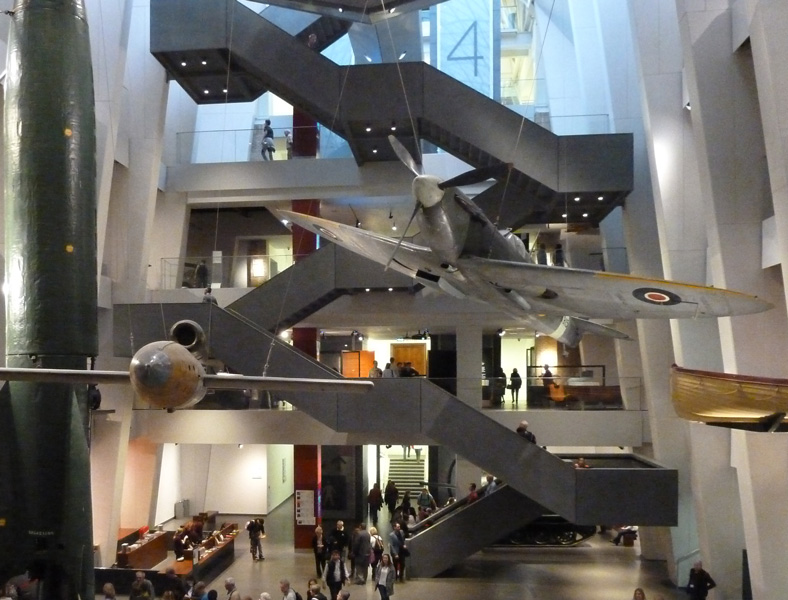 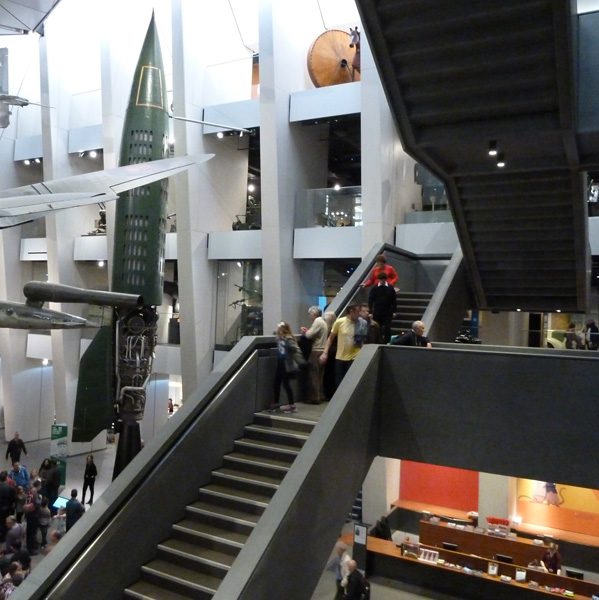 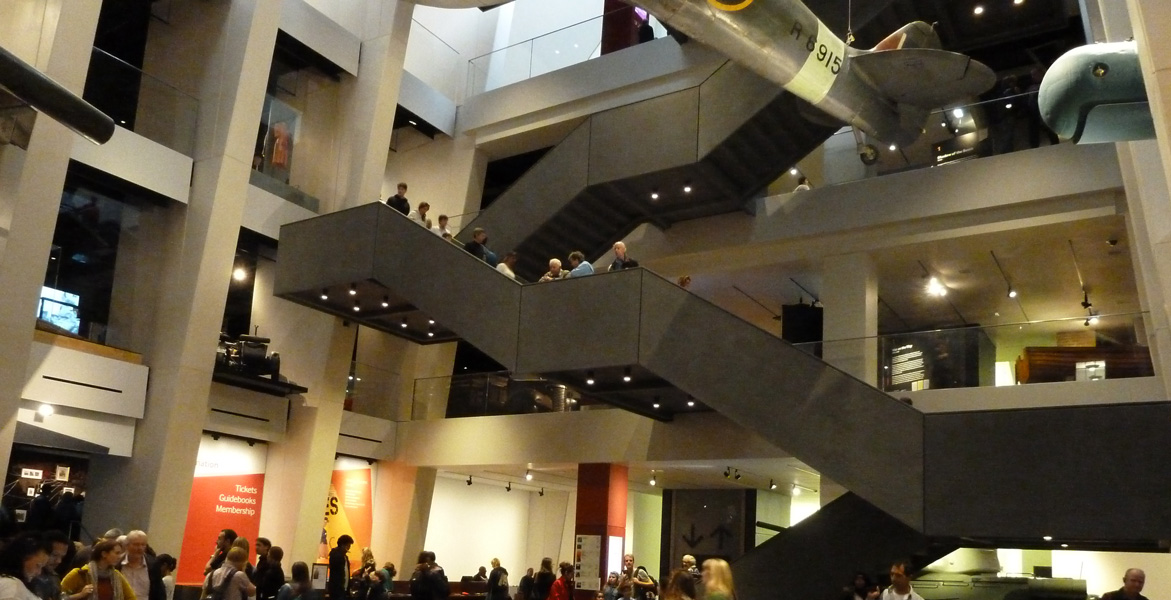 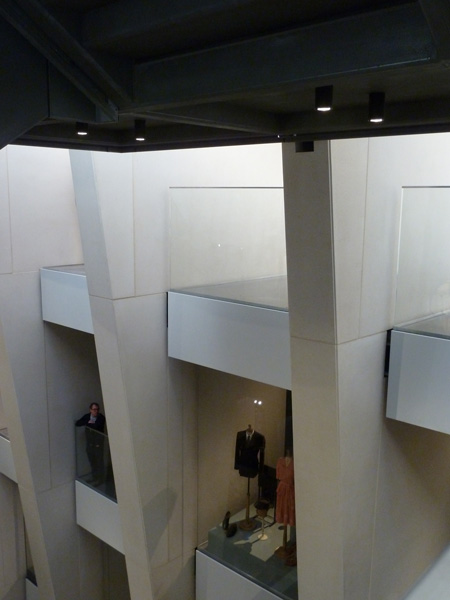 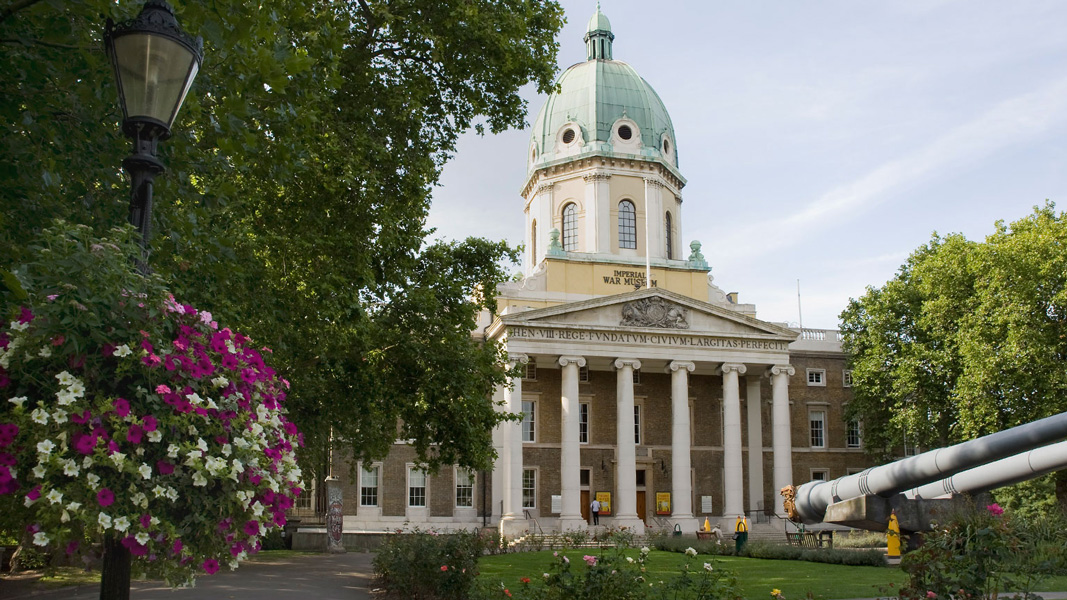 More than 400 objects and artworks are displayed in the new  galleries split over four levels. However, it is the Harrier jet, the Supermarine Spitfire, and the German V1 flying bomb suspended from the ceiling that continues to give the wow factor. Another iconic object sores into in to space, the Second World War V2 rocket from the Second World War measures over 14 metres in height. More recent conflicts are recognised with Jeremy Deller's It Is What It Is, the wreckage of a car destroyed in Baghdad in 2007 when a truck bomb was detonated in busy market place.

The change in emphasis and volume of the remodelled space allows a more dramatic framework for all of these exhibits. For the stairs CIVIC X102 Surface Downlighters were specfied, their compact size and low brightness light control were ideal for the installation. 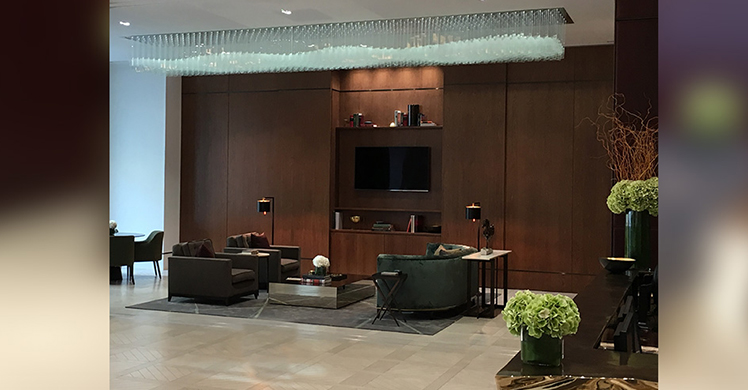 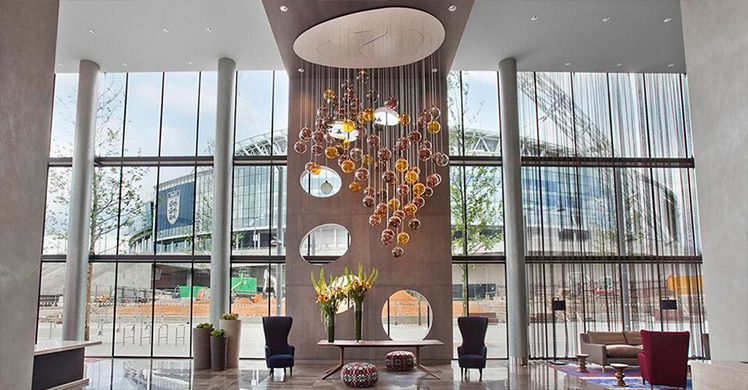